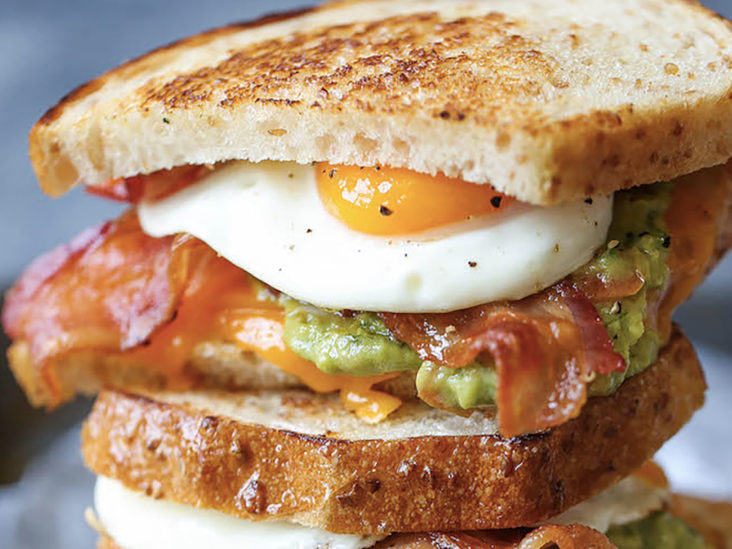 Substitute Texas toast for French toast for a traditional choice in place of the sweet egg-coated bread. Biscuits and English muffins can also be used to sandwich the breakfast favorites. The recommended ingredients below will make two thick all-in-one breakfast sandwiches.

For a tasty variation on the traditional choice, use crisp sausage patties or ham slices in place of bacon strips. Slice hard-boiled eggs as a fried egg substitute for quick on-the-go sandwich selections. Many chefs may prefer to prepare the eggs using a egg white omelette's technique to create a light and fluffy egg filling for the sandwich.