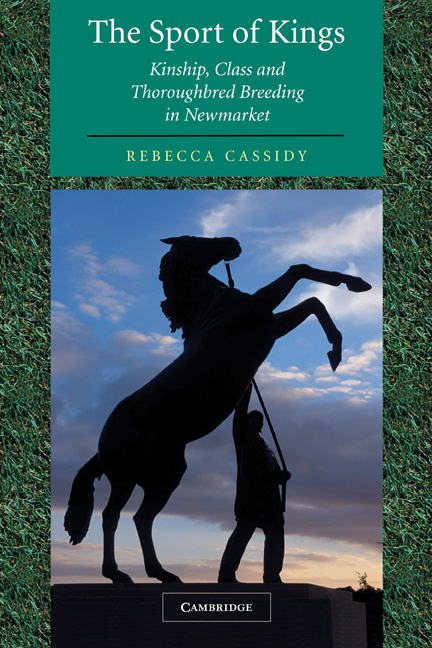 Until the 17th century, the market town of Newmarket, was a quiet community stretching along a Roman highway. Its greatest claim to fame was that the warrior Boudica had lived not far away and had given a good account of herself. Things changed when King James 1st apparently got lost.

James 6th of Scotland and 1st of England.

England's new king was not renowned for his sporting prowess but he took to the hunting field with enthusiasm. In the 21st century it would be difficult to imagine the Queen out riding and then getting lost and left to find her own way home but according to history, James, in pursuit of hares in the fog-covered heathland of Suffolk, lost his way and ended up taking lodgings for the night at an inn named the Griffin. When the mist cleared the following morning, February 28 1605, he learned that he was at a place called Newmarket. So pleased was he with his discovery that he purchased the inn and decided to move there.

The king converted the Griffin into a hunting lodge and also purchased the neighbouring Swan Inn, now the site of Newmarket's Jockey Club. In addition he built himself a palace of sorts so that national business could continue while he was in residence. He spent his years as monarch donating prizes to various race courses and improving the breed of horse. The first recorded race took place at Newmarket in 1622, three years before the king's death.

James was not a great horse racing man preferring hawking and hunting, but his son Charles, a stutterer, short and with weak legs, was a fearless rider. Having his own place at Newmarket, he frequently took part in matches. At this time it was usual for horses to be matched one against another, a sort of knock out tournament. hard and fast rules were virtually non existent.

Charles is credited with building the first grandstand at Newmarket and two race meetings in the spring and autumn became the norm. It was while he was there that the great portraits by Anthony Van Dyke and Peter Paul Rubens of the king astride enormous horses were painted. By now however, the storm clouds of unrest diverted Charles from sporting activities as seven years of civil war approached. His only return to his palace at Newmarket was as a prisoner.

During his time as Lord Protector, Oliver Cromwell suppressed public race meetings fearing that they might become opportunities for royalist gatherings. After 1660 it fell to Charles II to reintroduce them but following the defeat of his father, Newmarket had become a base for disgruntled Parliamentary soldiers and inevitably the palace and other buildings had taken a hammering. Once the palace was restored, Charles II came back to his favourite place with his mistresses to watch his best horses and to ride himself, setting up prizes to encourage competition. He inaugurated the Newmarket Town Plate, a race in which women as well as men could compete. The rules were specific, the race run in heatswith the final taking place "on the second Thursday in October, for ever."

Charles gave his name to one of the two race circuits at Newmarket, the Rowley Mile. The king became known as Old Rowley after the name of the stallion he frequently rode when his runners were being exercised. It had the added barb in that the equine Old Rowley sired many foals.

The short lived reign of Charles's brother James II left little to time for sport and it was not until he was ousted by his niece and her husband, Mary and William of Orange that royal patronage continued. During this time William appointed William Tregonwell Frampton, one of Newmarket's historic eccentrics as Keeper of the King's Running Horses, a position he was to hold for forty years. King William bought promising horses as presents then ironically, he died when his own horse stepped onto a molehill, stumbled and dislodged his royal rider. Jacobite supporters toasted "the little gentleman in the velvet jacket."

It would be difficult to envy Queen Anne. Daughter of a disgraced king, married to a drunken bore, the Queen endured 17 pregnancies, only four of the babies surviving birth of which only one reached the age of 11 years. Stout and unhealthy herself, horse racing seems an unlikely passion but the Queen kept horses in training at Newmarket. Because of the distance from Windsor Castle however she favoured riding nearer to home at Windsor Great Park and in 1711 she was instrumental in founding a new race course at neighbouring Ascot. Since then, Ascot and Newmarket have been rivals.

The Queen died in 1714, the last of the Stuart monarchs, but breeding horses and horse racing at Newmarket and elsewhere has continued unabated since that time.