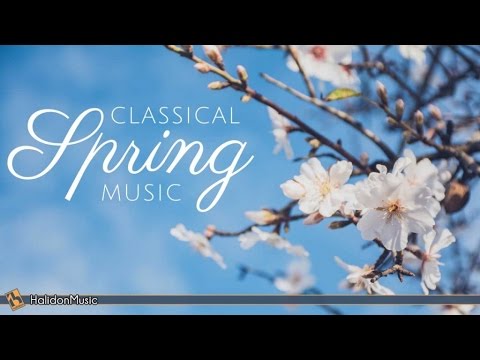 Spring: It’s when the world comes back to life. The frost of winter is shaken off and nature blossoms in the warming temperatures. Masters of the Classical music era have tried to capture the magic and beauty of spring and have produced some amazing results. Here is a look at five magnificent examples of Classical era compositions that usher in spring with much due excitement and anticipation.

There are few instrumental compositions that can sum up the season of spring better than Antonio Vivaldi did with his “Four Seasons Suite.” In “Spring,” the feeling of the world coming back to life after months of bitter cold and frost is present and undeniable. This song creates imagery of lush fields, meadows, flowers opening the warmth of a spring breeze. The “Spring” portion of the “Four Seasons Suite” is nothing short of spectacular.

Often called the “Morning Song,” “Peer Gynt Suite No. 1” by Edvard Grieg is a very well-known composition thanks to television and films that have used it as background music. This song easily evokes imagery of a sun rising over a country town, animals rising from a long night’s sleep and the world coming to life after a long slumber.

Another magnificent song by Johann Sebastian Bach that easily evokes emotions of spring is the composition “Air.” There could be no more perfect title for this composition. “Air” is a beautiful composition, played with gentle ease, the strings sing with longing and it is a delight to listen to.